When asked about the regulatory and planning approach that Oregon, and Portland in particular, have undertaken for the past 30 years. renowned urbanist Jane Jacobs said “In Portland, a lot of good things are being done…People in Portland love Portland. That’s the most important thing.” She went on to say,

They really like to see it [the City] improved. The waterfront is getting improved, and not with a lot of gimmicks, but with good, intelligent reuses of old buildings. They’re good at rehabilitation. As far as their parks are concerned, they’ve got from wonderful parks with water flows in them It’s fascinating. People enjoy it and paddle in it. They’re unusual parks. The amount of space they take and what they deliver is terrific. They’re pretty good on their transit, too. It’s not any one splashy thing. It’s the ensemble that I think is so pleasant.

Adapted from The Portland Edge, edited by our own Professor Connie Ozawa.

Portland is often regarded as a “capital of good planning” in the U.S. (Carl Abbott, Greater Portland). That reputation is based, in part, on Oregon’s land-use planning system, which sets goals prioritizing public participation, preserving farmland, providing a range of housing types, reducing reliance on automobiles, and more. 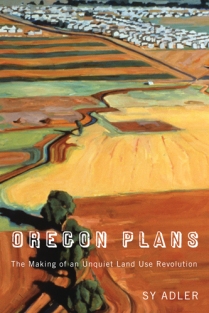 That system is a focus of Professor Sy Adler’s newest book, Oregon Plans: The Making of an Unquiet Land-Use Revolution.  The results of this system are seen throughout the region, including the urban growth boundary, the transit system, and the country’s only directly-elected regional government, Metro.

MURP faculty and students have a front row seat to
innovative planning efforts going on in the community, as well as an expectation that PSU, and the
MURP program in particular, will be more than just a spectator, but part of the action through
engaged student learning and faculty scholarship. Quite simply, there are few better places to get a hands‐on planning education than the MURP program.

But we’re not just about Portland. Our work and our impact goes beyond the urban growth boundary.

Our PSU-China Innovations in Urbanization Program holds weekly seminars and sends MURP students to China each summer for internships. 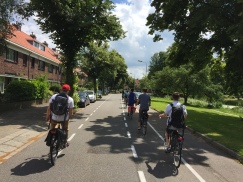 A new program focused on undergraduate students aims to bridge the urban-rural divide in Oregon.

Dr. Nathan McClintock is comparing urban agriculture in Portland with Vancouver, British Columbia, building on his work in Montreal.

Next: We believe that planning practice can make places more just and equitable.

Want to learn more about the MURP program? Complete the form below, and we will be in touch.